To help commemorate the first anniversary of The Elevation Group, Mike Dillard invited twelve Members of The Elevation group, to join his financial team in Austin Texas to share their stories as they hold their 2011 Year-In-Review.

While the video of this event was going to be for the eyes or the Elevation Group Member’s only, they decided to open this footage up to YOU and the rest of public in order to let you see with your very own eyes, that despite the bad news that fills the airwaves on a daily basis, there is a group of real people from around the world who believe in a better future for themselves and their family, and who are doing something about it.

Between now and December 16th, they are going to be releasing 3 videos from this live event absolutely free.

You can see these video right now here–> http://yourreviewguru.com/ElevationGroupYearInReview

Use this link to watch Part 1 and please be sure to leave me a comment on what you thought.

After you watch Part I, you’ll also notice a link to a report where Mike Dillard shares the exact 7-Step formula he’s used to predict the financial future.

When you opt in to view this video I am going to also give you a bonus of an upgrade to a Free Silver membership in the Wealth Upgrade Club, which I also belong to in addition to the Wealth Upgrade club.  This holds a true $27 value, though I will give you backdoor access to this.  Just leave a comment letting me know you opted into video one and I will confirm with Mike and forward you the details to get in!

Here is a quick video I made last year when the Elevation group came out showing the back office…I am a member, not just some affiliate who doesn’t belong and tries to sell without knowing what it is really about.  I will still honor the bonus mentioned in it if you decide to take action when the last video comes later next week. 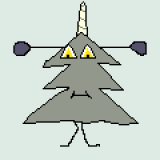